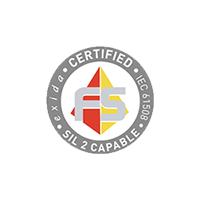 Solutions for your high and ultra-high speed releasing requirements

The Det-Tronics optical flame detection and releasing system is designed for the unique demands of ultra-high-speed releasing applications such as munitions and other energetic materials manufacturing.

Installing a listed Det-Tronics system is a good way for manufacturers of these materials to comply with stringent industry codes such as:

It begins with the right detector

When you are required to activate a deluge system in no more than 100 milliseconds (ms) from the presentation of an energy source to the detector, the detector must be capable of fast responses and detecting the flame characteristics of the material involved. Any of the following Det-Tronics detectors can be used in these applications:

Once an ignition source is detected, having a system that can take local executive action is the next piece of the high-speed solution. That is where the Det-Tronics High-Speed Deluge Module (HSDM) comes in. The HSDM is engineered to respond to a detector's input in 2ms. When combined with Det-Tronics optical flame detectors, HSDM response times of less than 15ms can be achieved, well within the 100ms code requirement.

The key to this performance is having a solution that can take local executive action. Typical fire and life safety systems use a central system to confirm the alarm and issue the release command. This adds time that makes achieving the sub-100ms response difficult.

The local executive capability of the HSDM helps eliminate this speed-reducing issue. A typical sequence is as follows:

Certified performance from an industry leader

To meet these demanding codes, Det-Tronics has engineered several configurations and had them third-party certified to meet the standards listed above. Using one of these pre-engineered solutions is a good way to satisfy the authorities having jurisdiction (AHJs) in your area.